The Eclipse Cloud DevTools contributor award this month goes to all parties which contributed to Eclipse Theia Blueprint: Arm, STMicroelectronics, EclipseSource and Ericsson. Theia Blueprint was released last year and been actively maintained with a new release every month since then. It's time to honor the efforts of those involved with this month's award. Congratulations and thank you for this and all your other great contributions!

Theia Blueprint is a great example of how open source collaboration works in the Eclipse ecosystem and how joined efforts combine for a great outcome. An alpha version of the build scripts were initially developed by Arm. STMicroelectronics picked up this work and contributed the first distributed version along with documentation and a download page. EclipseSource and Ericsson have been continuously contributing to improvements and the maintenance since then. 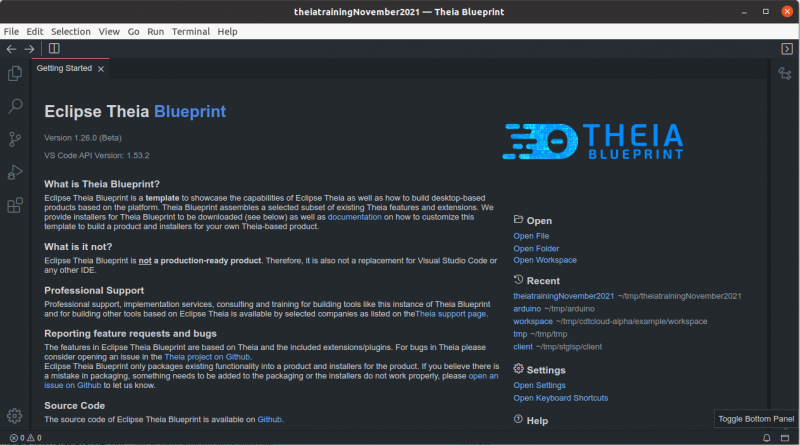 Theia Blueprint is an important piece of the Theia ecosystem. Theia is a framework for building tools and IDEs. As a consequence, for a long time Theis did not provide a direct download that could be used immediately. Eclipse Theia Blueprint provides exactly this. It is both a full fledged IDE showcasing Theia's capabilities as well as a template for further customization. So you can just download and use it. Or you can use it as a basis for your own custom product.

We want to thank all involved for this great addition to the Theia ecosystem and congratulations again for winning the award!