We are pleased to announce the Alpha release of Eclipse Theia Blueprint, a downloadable template tool for Eclipse Theia, including desktop installers for all major operating systems. It can be used to evaluate the capabilities of Eclipse Theia on the desktop as well as to serve as a “blueprint” upon which to build a custom product based on Eclipse Theia. It has recently been contributed to the Eclipse Theia open source project and is based on work by Rob Moran, STMicroelectronics and EclipseSource. 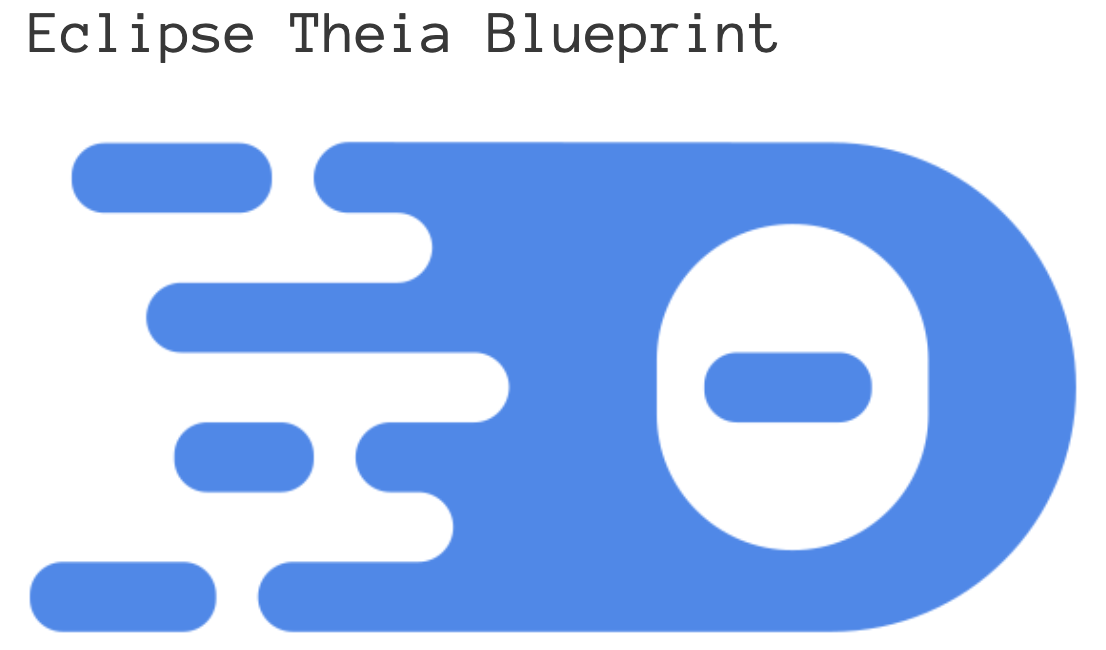 Eclipse Theia is a framework for creating web-based tools and IDEs. Consider it a more open and flexible alternative to VS Code. Eclipse Theia shares quite a number of core concepts with VS Code (including the language server protocol and the UX design), and it reuses certain open VS Code components, such as the code editor.

It’s important to note that Eclipse Theia is not a product in and of itself, Rather, it is a platform upon which products can be built. A good way to experience Eclipse Theia  is to use one of the products or projects that have already adopted it in their own product offerings. This list includes:

Alternatively, you can always build and start Eclipse Theia yourself.

While there are several ways to “use“ Eclipse Theia, one of the most commonly requested features for a long time has been a downloadable desktop version. This makes sense from a user and adopter point of view, especially if you want the vanilla Eclipse Theia. Furthermore, a template product based on Theia would be a nice starting point for building any custom product. This is exactly what Eclipse Theia Blueprint provides!

Eclipse Theia Blueprint is a downloadable, installable template tool for evaluating Theia capabilities on the desktop and to serve as a basis for building custom products. 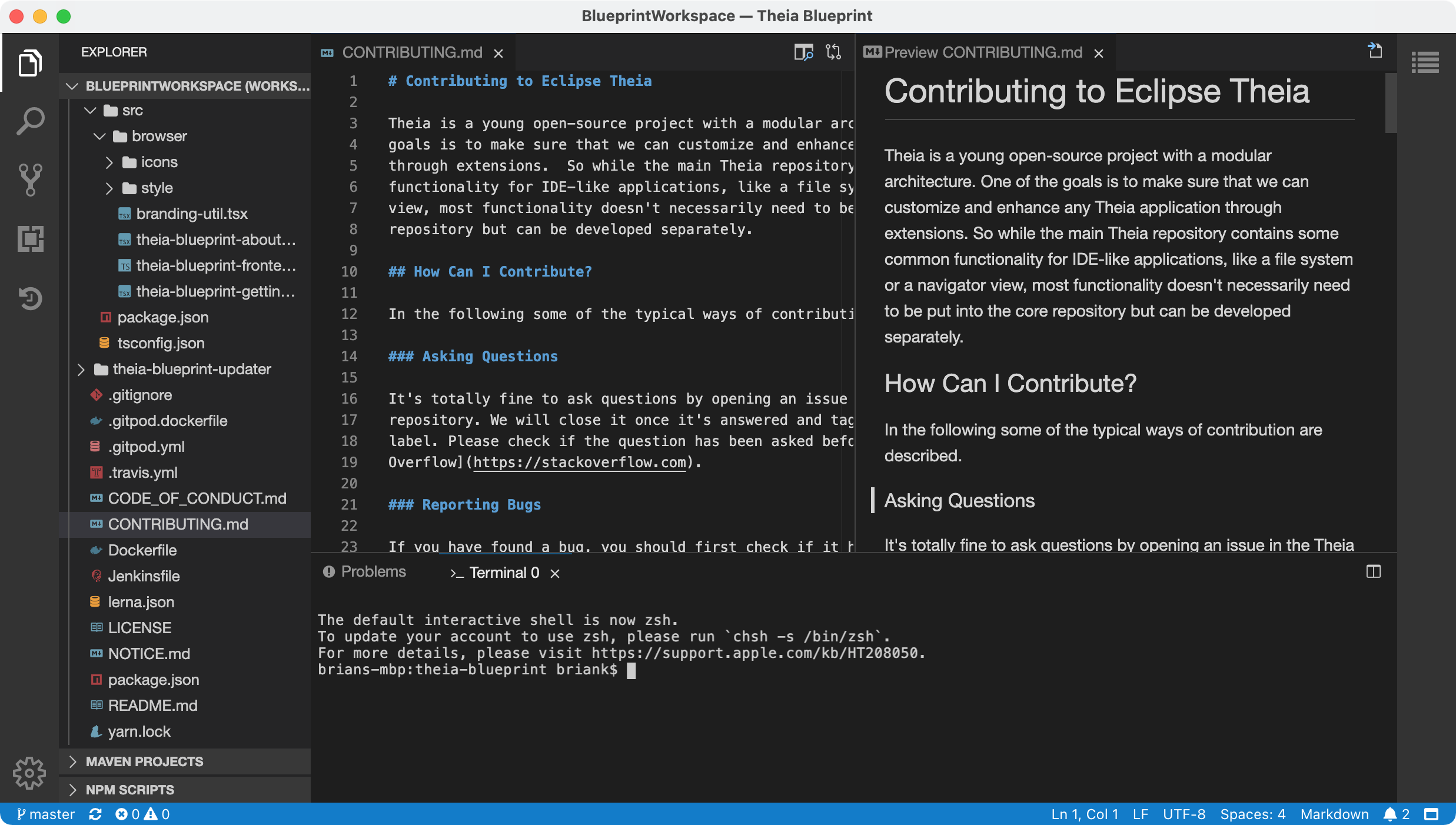 Theia Blueprint assembles a selection of Eclipse Theia extensions (i.e. features), including a selection of most commonly used VS Code extensions from the Open VSX Registry. It provides everything as a desktop application, along with installers for the various operating systems. Theia Blueprint essentially bundles things that are already there and makes them easier to consume. All build scripts of Theia Blueprint are part of the open source project, as well as documentation on how to customize them to your own needs. Theia Blueprint is a good foundation upon which to define and build your own desktop tool.

Eclipse Theia Blueprint is not a fully polished and tested IDE product meant to replace VS Code, the Eclipse IDE or any other existing production IDEs.

This is important to keep in mind in terms of expectations. At the moment, there is no dedicated product team to ensure the quality of the installable product. Theia Blueprint simply  bundles the latest release of various components. While the quality of these underlying components is good, some of them may not be as polished as commercially driven alternatives.

This said,  with significant community interest and participation in driving Theia Blueprint forward, turning this into a more production-ready IDE is certainly within reach. Initially, the most important contributions include bug reporting bugs and feature requests, e.g. about components to be included in the product.

Eclipse Theia Blueprint is now available as an Alpha version and can be downloaded here. If you want to use it as a template for building your own product, please see the documentation as well as the sources on Github.

To get a detailed understanding of what Theia Blueprint product currently consists of, please see the About dialog in the application. Essentially, a set of most commonly used components were selected, including language support for TypeScript, Java and some common file types such as CSS, MarkDown or Yaml.

Eclipse Theia Blueprint features are based on Theia and the included extensions/plugins. For bugs in Theia please consider opening an issue in the Theia project on Github.

Eclipse Theia Blueprint only packages existing functionality and provides an installable version. If you believe there is a mistake in packaging, something needs to be added to the packaging or the installers do not work properly, please open an issue on Github. 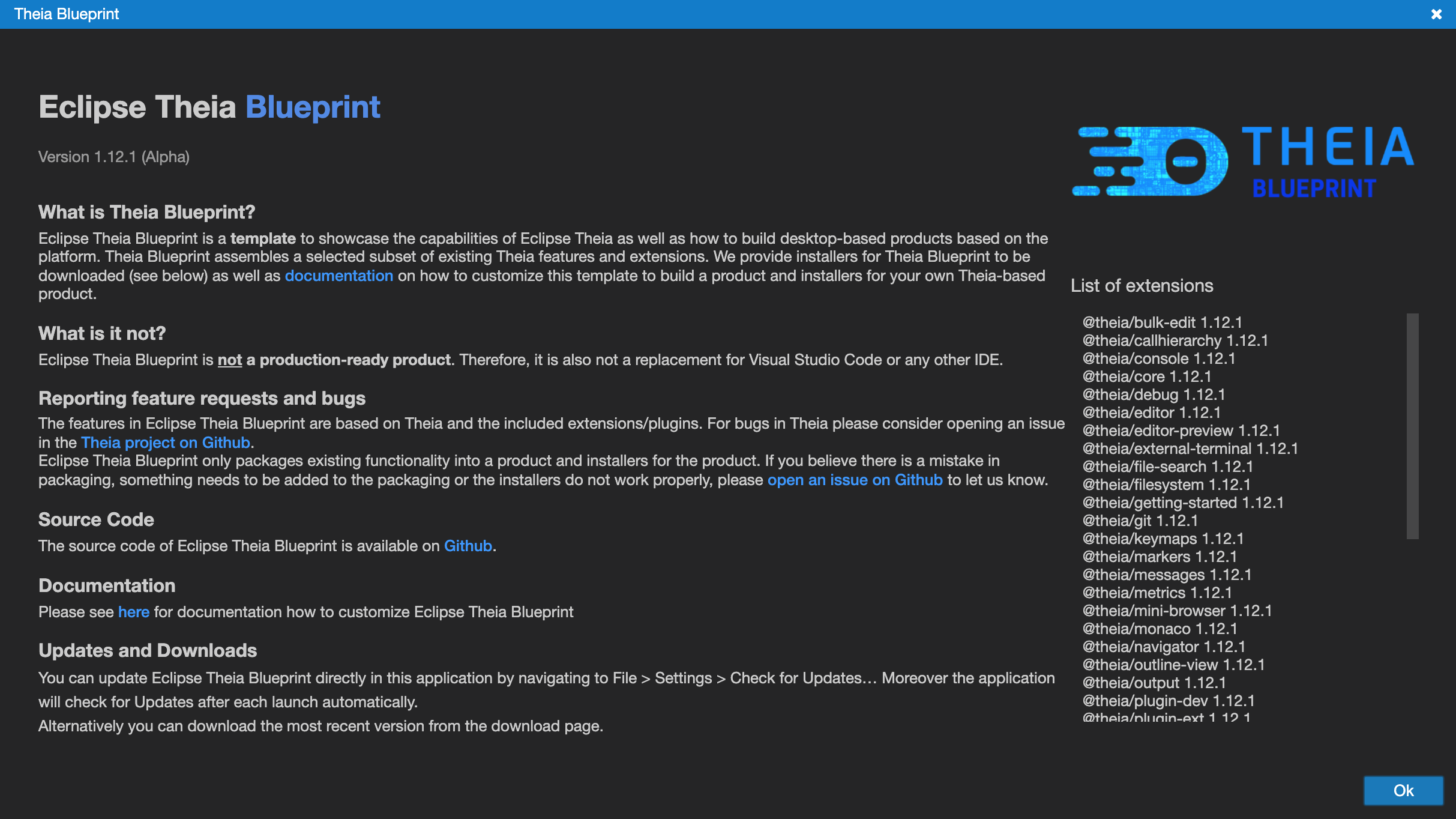 About Theia Blueprint, accessed via the Help menu (click image to open full-size in new window)

We hope you find Theia Blueprint to be useful and agree with us that it fills an important gap by making it much simpler to evaluate Eclipse Theia on the desktop, while also being a template upon which to build new desktop products. Please keep in mind that Eclipse Theia-based products can also be deployed in the cloud and accessed via a browser.

Special thanks to Rob Moran, STMicroelectronics and EclipseSource, for their significant  contributions to this project and the Eclipse Theia community. It is a great example of how open source collaboration facilitates innovation within the Eclipse Cloud Development Tools working group As are all Eclipse open source projects, Theia Blueprint is open for any contributions and additions! If you would like to learn more about the Eclipse Cloud DevTools working group, please reach out to us here. To stay up-to-date, sign up for our email list here.